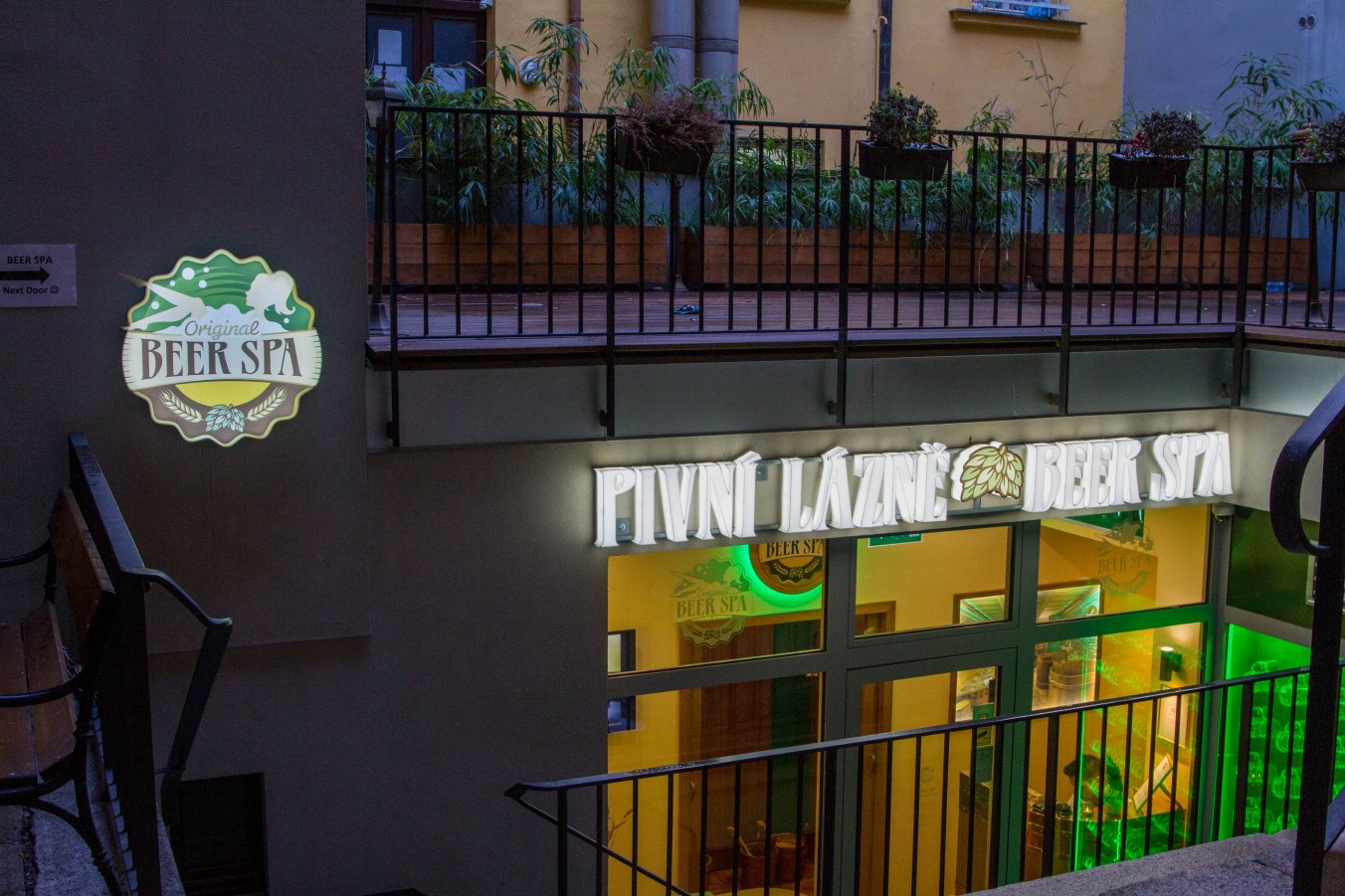 HOW else would a beer fan want to spend their birthday in Prague than in a tub of beer, drinking beer, eating beer bread?!

Well as it turns out you can never have too much, and in fact there’s some parts of the hoppy drink that are supposedly good for you.

The Czech Republic as the home to many popular beers seems the fitting place to offer beer spas.

If you’re looking for something fun and different to do during a trip to the country it is certainly a great way to spend a few hours with your feet up and drinking some of the smooth stuff.

Having researched a few different spas ahead of a trip to Prague I decided on the Original Beer Spa Rybna. There is a larger one run by the same company in the city centre which can take bigger groups and has a sauna included. But the concept and a love of a pint (or three) is the same through all of them.

Offering something so different and novel the spas are obviously popular with tourists or hen/stag parties so remember to book early. They are often small so can’t fit too many people in and the more flexible you can be with times the better. I booked about three to four weeks before we travelled.

Walking through the doors you’re immediately greeted with two empty pint glasses and taps for you to pour your own drink while you wait for your room to be ready.

Once in the low lit room there were two tubs which can seat two people each.  There’s a straw bed for you to relax on, blankets to cosy up in and a fire burning in the corner. There is a real rustic, Hygge feel to the room, which was comforting as it was zero degrees and snowing outside.

Now you might be thinking beer does not sound the most pleasant thing to be bathing in, but it is just the separate ingredients that are mixed with hot water. So it smells like beer during the brewing process but definitely doesn’t leave that sticky residue on your skin.

Sitting in the bubbling hot tub we poured ourselves a drink in a giant mug holding up to a litre and kicked back. The taps offered a choice of light or dark options of the locally brewed Krusovice beer which were both tasty and easy to drink.

The ingredients of the beer are said to be good for your skin and act as a good detox for the body. I didn’t know what to believe of this as I sat bathing in it for 25 minutes but you are advised not to shower for up to two hours after. And maybe it was all in the mind but later that afternoon I was convinced my skin was super soft and glowing.

Once our time in the water was up we moved to the straw bed by the fire to dry off and enjoy the rest of our beer and bread.  You can either bathe in a swimsuit or naked, the choice is yours. The room is locked by the staff as they leave and they knock before they enter, so the room is totally private to your group. Obviously the less time you spend changing then the more time you have to bathe and enjoy the offerings of the spa. I was literally removing my coat, scarves and boots before the staff started the timer in the room. And they return like clockwork so any time you spend changing will come out of that hour.

The time seemed to go too quick so I would recommend booking a second hour if you can so that you can fully relax and enjoy the setting without clock watching. It did feel an hour was very rushed for us as we had to be ready to leave when the time was up, but an extra hour can make the visit a lot more expensive.

The spas can seem pricey but if it is for a special occasion or you just feel like trying something different and treating yourself, then it is a fun way to spend an afternoon.

I would definitely go again and would recommend the experience to anyone who goes to the Czech Republic in future. It is possible other beer spas around the country are cheaper and better value for money than those in Prague but it was definitely one of the highlights of our trip.