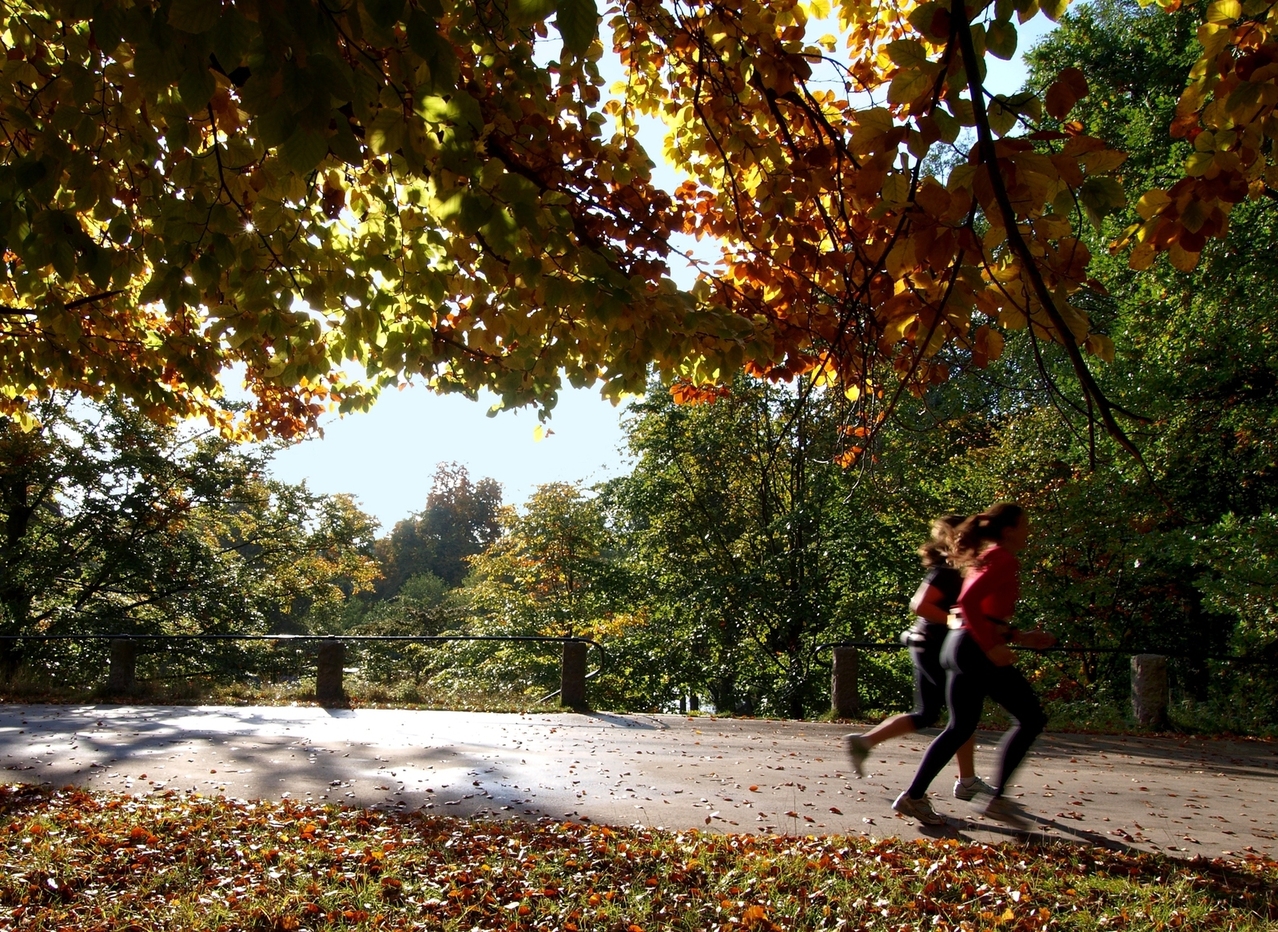 RUNNING alone can be lonely and solitary and while it can help clear your head and de-stress, the rise of social running, or being with a group, is becoming more popular. The number of people taking part in their local Parkrun is rising, there’s enough races to keep you occupied every weekend of the year and the number of people signing up to running clubs is growing too.

But how can running as a group help you become a better and stronger runner? Is it the group motivation or the pressure to keep up and not be the one holding everyone back?

Women’s running groups in particular are booming. For those who might have felt self-conscious about running before, or struggled for motivation on their own, there’s now groups of like minded women gathering to run together and push each other on.

“Running with someone else offers support without even having to say anything,” says sports psychologist Professor Andrew Lane.

“Running with someone who is similar to yourself transmits the message that ‘if she/he can do it, then so can I’.

“This message is transmitted across many stages of the run – the decision to start, the pace and the difficult parts. It’s why it’s really important to run with people of a similar ability.”

One of the clubs to see its membership go from strength to strength is Notts Women’s Runners (NWR) voted Women’s Running Magazine’s Running Club of the Year 2017. It has grown from a couple of friends running together in 2014 to almost 4,000 women running in groups across the whole city. And at races around the country you can expect to see a fair amount of the ‘Purple Army’ taking part or shouting support from the sidelines.

When it started, the club focused on the social and safety aspect of running. It gave women who were worried about running alone, or in the dark, the chance to run en masse and have the confidence to get out. The group’s main ethos is “never leave anyone behind” and it’s this fundamental principle that attracts members as well as the chance to make new friends with one hobby in common – running!

One member who knows the importance of having people supporting you and willing you on is Davina Ripton. The 40-year-old joined NWR after finding she had lost her “running mojo”. She had ran up to 10k before but, having had time away. she was struggling to reach 3k without stopping and being short of breath.

“I had almost convinced myself I couldn’t do it anymore, and I should find something else to do,” she said.

“But the run leader was a massive inspiration and looking at her I knew if she had that stamina I could do it too. I realised you don’t have to be an athlete doing ridiculous times and just keeping going was enough. And many other people in the group were going through similar things.

“I felt I had an identity and was part of something special wearing my purple hoodie, which makes it better than just running on my own. Everybody encourages each other and the distances never seem as far when I’m with people.

“One night it was literally rain, hail, sleet, sideways rain and we all ran the whole way around. There’s no way any of us would have gone out there if we were on our own, or kept going. The chatting and talking while you’re out makes it much more bearable.”

Davina is now running four times a week, including a weekly parkrun, and training for her first marathon this summer. She says she has the mental and physical strength gained through the club to thank.

Committing to someone and promising you will join them for a run after work is sometimes enough motivation to force you out the door, even if your body is telling you it would rather stay indoors and eat pizza.

Gemma Spackman, head coach at Fundamental Sports & Fitness, says this feeling of not wanting to let someone down can make some women stick to a promise, and in turn make them stronger and fitter runners.

“Ladies I work with are quite anxious and suffer with confidence problems so when in a group they have been able to find that release and work together,” she says.

“It’s that camaraderie of not being on their own, everyone is in the same boat, and time flies when you are together. You realise there are other people in the same situation as you.

“It’s that friendship and chance to chat with like minded women while exercising that keeps them motivated, and when they have booked onto something or know someone is relying on them they are more likely to get out and do it.”

Ms Spackman specialises in training people for distances from 5k to marathons and obstacle courses, and as part of her sessions encourages people to share their successes and achievements on a Facebook group.

“It’s all about that support network.

“People share they have ran their first 5k without stopping, or they’ve knocked a few seconds off their previous time, and the encouragement they get from other people gives them a massive confidence boost.  They’re then more likely to be motivated to do it again and maybe go further. “

Making friends, chatting while you run and having a support network seems to be important for many women to encourage them to run, and also to push themselves further. And without knowing, other members of a group can influence a person to improve too, while also getting stronger themselves.

“Group running can be a great way to support each other,” adds Professor Andrew Lane, from the University of Wolverhampton.

“A faster runner can encourage and support the slower runner, talking them through the tricky parts. And offering encouragement is not only good for the recipient, but also good for the individual themselves. People speak far more positively to others than they do to themselves and so being made aware of how they speak to others can lead to kinder self-talk.”

Ultimately, one of the biggest advantages of joining a running group is the social aspect. You can sometimes find yourself chatting away about your day with a fellow runner, and before you know it, you’ve completed four or five miles. Maybe even surprising yourself if you’ve never ran that distance on your own.

As Professor Lane calls it, it’s that “people bond” you get being part of a group.

“Research shows that humans tend to connect subconsciously and movement can synchronise with others around you, making exercise feel easier,” he adds.

“We can emphasise this process by consciously trying to synchronise our running cadence into the cadence of another runner and generate the feeling that the other person is ‘running your legs’.”

Therefore, as he says, running with other people who are better than you can subconsciously help you get stronger yourself.

While the number of women-only running clubs is still low, unofficial groups are appearing on social media for women to run together at times and days that suit them. They can work around your day job and your commitments and most importantly you have some company on your run.

A mixed running group is not exempt of all these qualities though and it can be worth doing a bit of research to find a club that suits your needs and ability, and works around your schedule.

If you’re a runner lacking the motivation to get yourself out to run, or struggling to complete a mile without gasping for air, then maybe joining a group is the one for you.  Even if you’re a seasoned solo runner who enjoys the prospect of going out with just your thoughts, and getting away from everyone, switching it up with a group on some days could even help you push yourself more and help you reach your goals quicker.

It might just surprise you what you can achieve from being with other people who share the same passion.