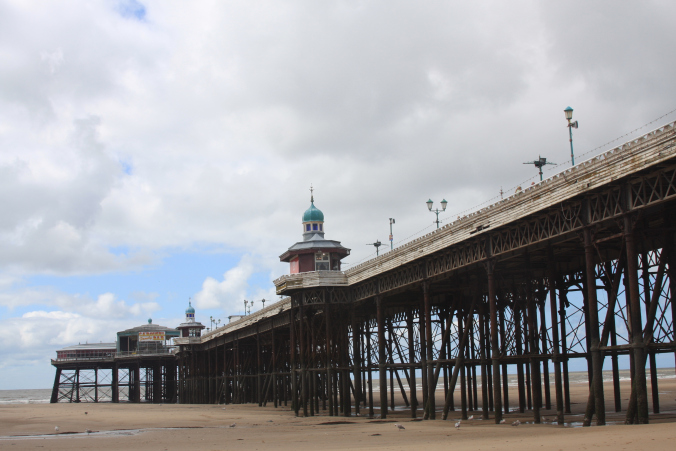 EVER since I was a kid, a day at the seaside has always meant donkey rides, eating candy floss and getting some chunky chips on the way home.

Except having travelled from coast to coast in South America I realised I hadn’t actually been to a British beach since I was 11. And that is a bloody long time!

Living in the land-locked Midlands I don’t get to see a lot of sand and sea. In fact it is a novelty. So naturally, as my first trip to the seaside in almost 17 years, I headed to one of the most English resorts you can think of – Blackpool.

The last time I visited here it was a big family outing where 15 people piled into the back of a white van and we packed an Indian-style picnic of paranthas and chai which could feed 100.. That was pretty acceptable in the 90s.

This time it was just myself and two siblings, my camera and a couple of cheese and salad sandwiches. How things had changed.

But from what I remember Blackpool was exactly the same.

It still had that same Victorian holiday resort feel where old men and women sit with their tea and scones by the North Pier carousel and parties of excitable women pack into the ballrooms and bingo halls.

Except now the naughties entertainment culture is slowly creeping in.

The Blackpool Pleasure Beach is ever expanding and every other shop is an amusement arcade.

The addition of a Sealife Centre and a Madame Tussauds in recent years shows Blackpool is trying its hardest to keep up with a changing generation of tourists where people want more than just a beach and bingo halls on their holidays, and the resort has to offer more to attract visitors.

The only thing I was interested in seeing was the tower but that is covered with scaffolding and the streets were dug up during my visit as the town gets a major revamp before the London Olympics Games next year.

But I get the feeling if it is hoping to attract foreign visitors in 2012, Blackpool may need to do a lot more to compete with the sun, sandy beaches and blue seas offered by its European equivalents.
But for now, my short day trip to the seaside was over.

Keeping with tradition I had got my candy floss (now in a tub instead of a stick because of health and safety) and my bag of chips on the way home.

The only thing missing was the donkey ride. I was just a little too heavy for that this time!